Out of the shadows, a mighty hunter

I study two of the most elusive spotted cats – the leopard and the serval. I am fascinated with both. The solid-built silhouette of the leopard that stalks through the shadows, with every step muscles ripple, exuding pure power and the elegant, light framed several – the long-legged spotted beauty that’s athleticism would make even an Olympic athlete green with envy. Both of these cats are just downright incredible. Now the problem with studying elusive cats is that they are, well, elusive. I have never seen a serval before in the wild and have only witnessed leopards on less than a handful of lucky occasions. I am out in the bush nearly every day in both of these species’ territories. I have the camera trap photos to prove it. I always get … thinking of a nice word here… frustrated when reserve guests stop me to complain that they have been here for nearly two whole days and haven’t seen a single leopard yet. *insert big eye roll here*

Well this morning it happened. 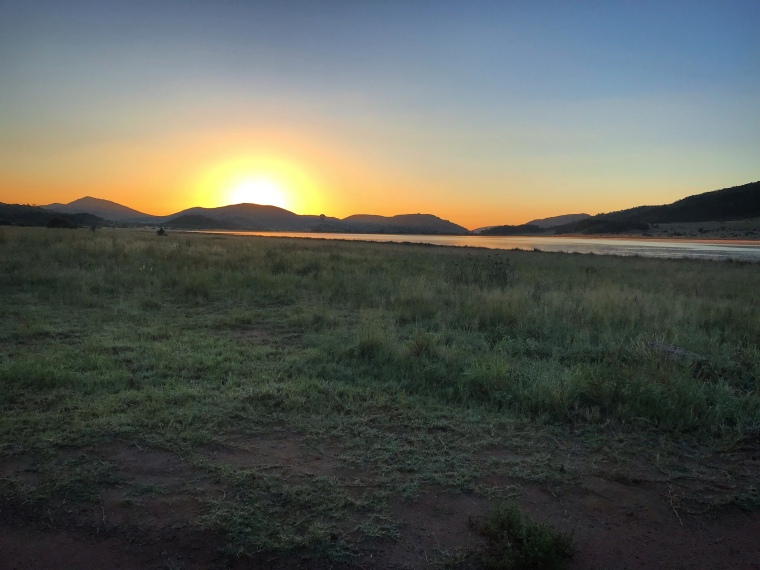 I left camp about 0530, my usual time for camera check days. It gets hot standing in the sun all day, so if you can start before the sun and the heat, then that’s the way to go. The sky was just beginning to lighten and on the very edge of the horizon, you could just make out the orange hues that promise the heat of a new day. Most of the reserve goers haven’t even left the comfort of their beds, let alone had their first sips of coffee yet so there are no other vehicles out on the roads, only at the lodges are the game viewers beginning to stir, but not here, not yet. Birds chirp from every direction. The chill morning air causes gooseflesh on my arms, not just because of the cool temperatures, but because of what those cool, quiet temps mean. This is the hour of the hunter. Throughout the land, lions are scoping out unsuspecting zebra, a serval pounces high in the air to land with pinpoint accuracy on a small mouse hiding in the thicket. I am always a little on edge when walking around to check cameras in this crepuscular hour. This is my favourite time of the day.

While riding in my bakkie, with all the windows down, the cool morning air blowing on my skin, a cat steps out of the bush and onto the road just in front of me. My mind immediately registers that it must be a sleek lioness since lion sightings are so common here, but quickly I realise that this spotted majesty in front of me swaggering across the road with his tail slightly curled behind him is no lion. I nearly stall the bakkie as I frantically reach into the passenger seat next to me trying to grab my camera and uncap the lens before he silently disappears back into the shadows forever. Lucky for me this isn’t just a flash of a sighting – this impressive male is in no hurry. And impressive he is. The male is probably around 5 years of age and is in absolute prime condition. His coat and ears not yet scarred from old age and many years living in the bush and defending his territory.

He crosses the road to the other side and walks alongside me weaving in and out of the tall grasses. At one point he pauses and looks directly at me. When such a skilled killer looks directly at you, he looks straight through you and penetrates into your soul.

But I, in my steel wheeled chariot, am of no interest to this beast and he casually continues on his way. He takes advantage of the quiet road being the easiest way of travel and strolls down the road behind me into the rising sun which is now painting the sky hues of orange. 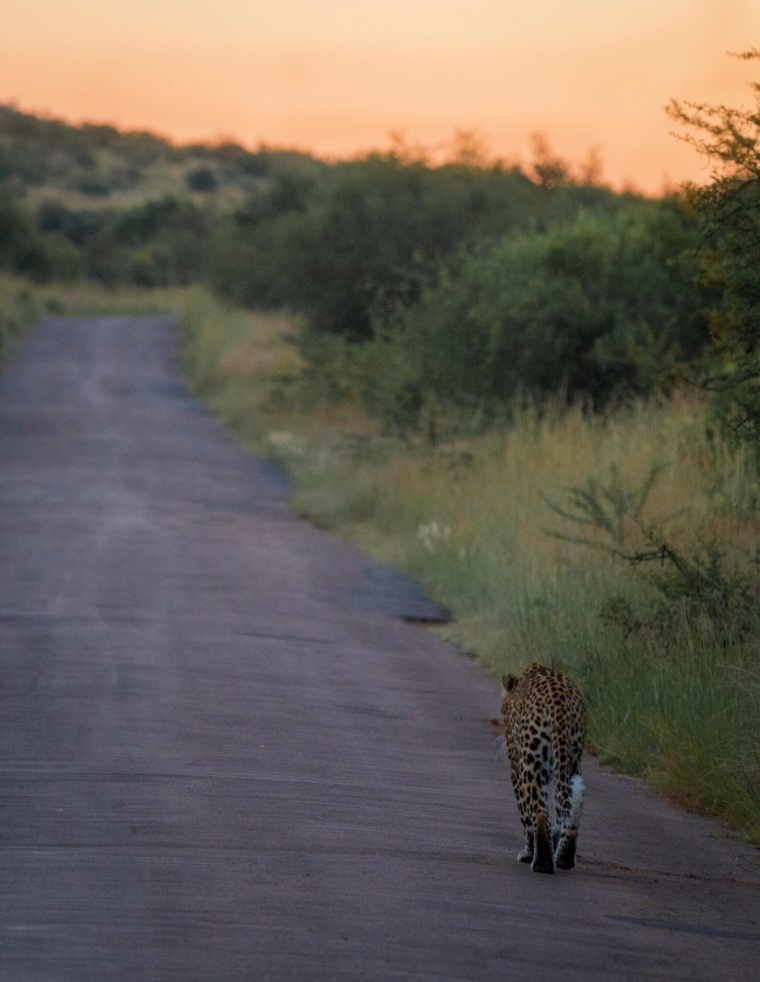 And just like that the moment is over, it has passed.

Lions? I can’t tell you how many times I have seen them, what they were doing or where it was. But I remember each leopard sighting in detail. 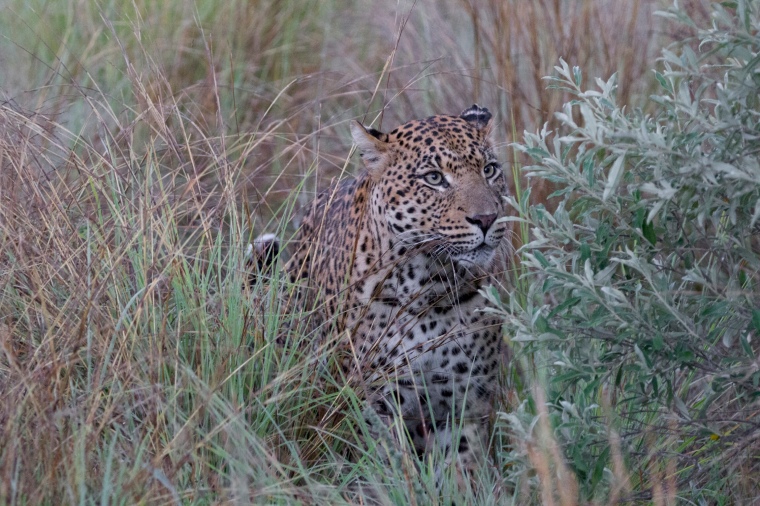